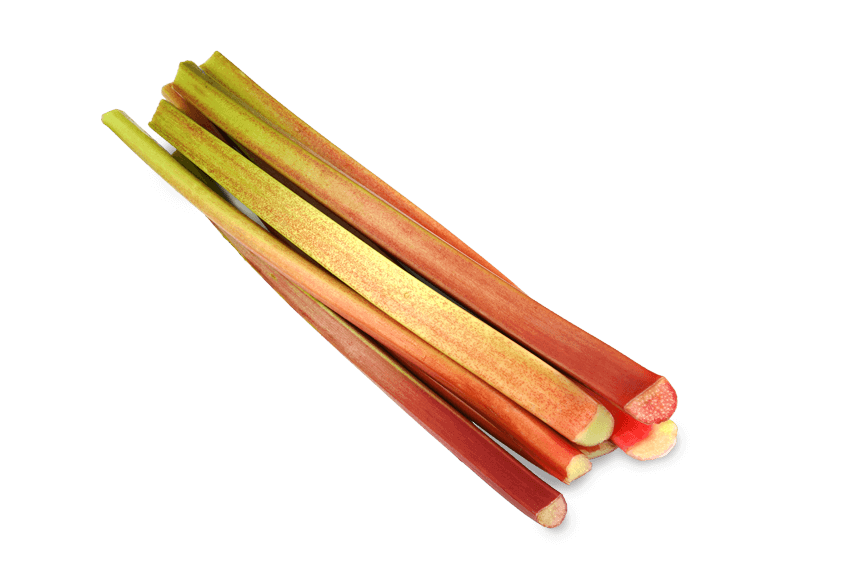 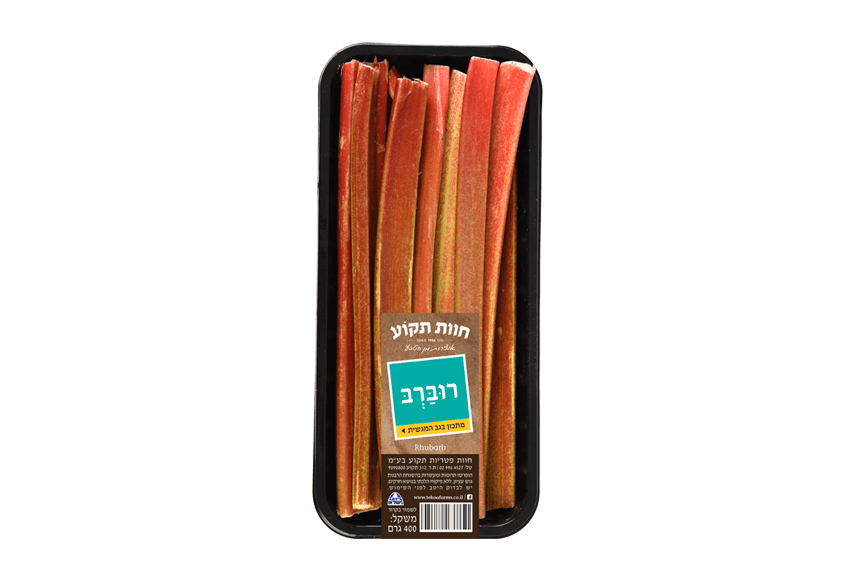 Rhubarb looks very much like celery, but its reddish stalks give away the fact that it is a different vegetable, and actually it is not even part of the same plant family.

Rhubarb is a little bit sour, and therefore can harmoniously be integrated into many desserts and sweet baked goods and has even been called “the pie plant”. It is traditionally used as a base for pie or compote, but can also be found in recipes for sauces, jams, pancakes, muffins, crumble, tortes, tarts and more. It also has other uses in cooking such as with roast chicken, cooked meat dishes, meat balls and fritters.

The derivation of its name is from the Latin word “reubarbarum” which means “the Barbarians’ roots”, a term used to describe anything foreign or unknown in Latin culture. The rhubarb comes from Northern Asia: as early as 4500 years ago it was known in China and Southern Russia for medicinal and decorative uses. But only in the 18th century did people begin to use it as an edible vegetable in Europe, and the English were the first to discover it.

Rhubarb has many health benefits. It is known to aid the normal function of the digestive system thanks to its dietary fiber, and it contains a wide variety of vitamins, minerals and antioxidants, including vitamin K, vitamin C, vitamin A, folate and other B vitamins, as well as iron, magnesium, potassium, phosphorus and calcium. It is known as a low-calorie vegetable and contains only 16 calories per 100 grams.