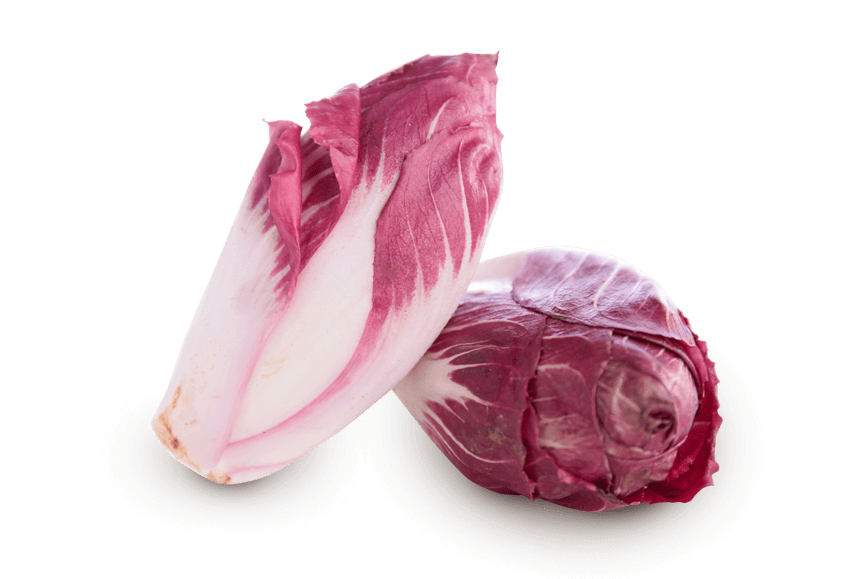 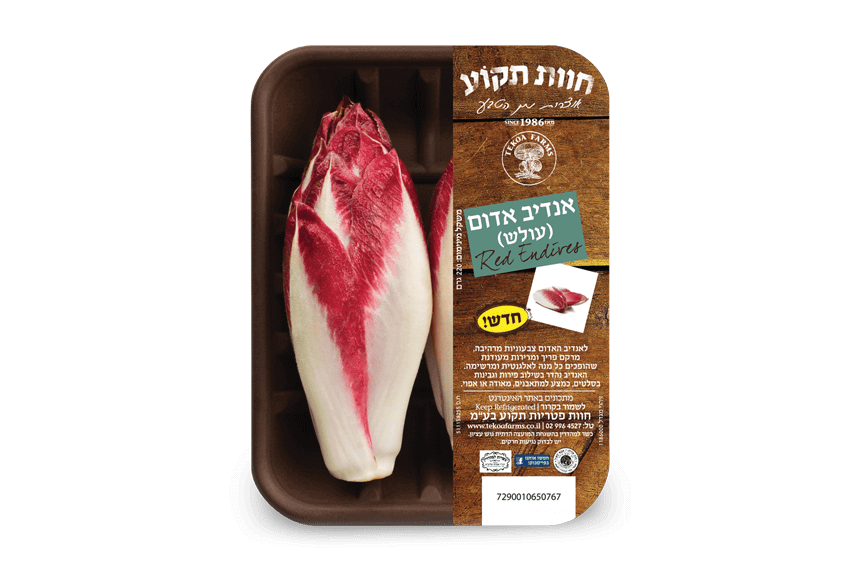 True to its name, red endives have a spectacular red colour.  It has a crisp texture and mildly bitter flavor similar to the more familiar white endive.
Red endive is a relatively new product developed originally in Belgium. The red colouring was obtained by crossbreeding between white endives and red radicchio- another member of the endive family.
Due to its spectacular color, crispness and mild bitterness, red endives go well in salads which contain cheeses and sweet fruits and enrich their flavors, textures and their visual appeal.  Red endive leaves are also often served filled with various spreads or mixtures and served as colorful appetizers.
Red endives can be baked or roasted and served as a side dish.
Red endives will enhance any dish with its magnificent color.
Now available in selected stores.